PREVENTION IS BETTER THAN CURE

HomePREVENTION IS BETTER THAN CURE 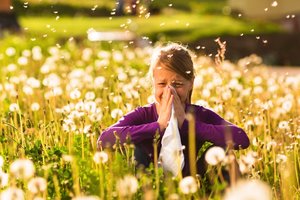 There are over a million asthma sufferers of all ages in Britain and hay fever is at least twice as common. These facts underline the importance of allergies to the nation’s health, and yet the problem is greater than this since there is growing evidence that asthma and allergies getting commoner. Extensive studies in general practice have shown that the number of people attending their doctors for treatment for both asthma and hay fever has doubled in the last 10 years. While some of these conditions can be managed by medications such as inhalers to alleviate wheezing, antihistamines and steroids to reduce sneezing, itchy eyes and a blocked or runny nose, it certainly is not a long term cure for allergies sufferers.

“Prevention” of allergy develops into an advanced stage:

The basis of allergy lies in the immune system which originally developed to protect us from invading viruses, bacteria and parasites. It is possible that with the decrease in the importance of infectious diseases in the developed world, the immune system is reacting increasingly to other foreign substances, eg. Pollens, which are themselves innately harmless but which are now such important causes of allergic diseases.

Suffice it to say that an allergy is a form of immunity in which the natural defence mechanism of the body have misfired and instead of protecting actually cause disease. Allergy is therefore the inappropriate and hypersensitive response of the immune system to normally harmless substances.

While most medications for allergies are belonging to the group of medications called “Immunosuppressant “, ie. they work by suppressing the hypersensitive response of the immune system, but you can see from the diagram above, prolong usage of them can potentially cause immunodeficiency, rendering the patients to become susceptible to infections and other illnesses.

The principle of Traditional Chinese Medicine:

According to the natural law of Yin & Yang; it is the harmony (equal forces of Yin and Yang) that defines normality in nature. Hence, the essence of Traditional Chinese Medicine, such as acupuncture, can be used to return the bodily functions, including the immune system, back to their state of normality.

If one is to apply this principle to allergy, too much immunity that give rise to allergy may be best to be  “regulate” back to the right amount of immunity that defines good health, rather than “suppress” it which potentially can give rise to too little immunity, as in the case of immunodeficiency.

I would recommend allergy sufferers to seek acupuncture treatment now before their seasonal allergies reach their peak. A course of four to six sessions can significantly reduce their suffering compare to previous years, and if the patient’s hyperactive immune system is regulated closer back to its normality, it might even be able to help the patients eventually to be in control of their sensitivity in future with minimum uses of medications.

A correctly balanced immune system is vital for a healthy life. Too little immunity can cause death, and too much immunity causes allergy. It is beneficial and sensible to choose a method of treatment that can normalise these extremes rather than just suppressing it from one extreme to another over a period of time.

While acupuncture certainly cannot be considered as a cure for allergy, but by preventing the immune system to become oversensitive is an effective way to reduce the suffering significantly.

Find out more about acupuncturist Dr Simon Cheung and acupuncture at the Putney Clinic of Physical Therapy.

0
Acupunctureallergy preventionasthmaprevention
« ALL YOU NEED TO KNOW ABOUT MRI SCANS
HAMSTRING INJURIES: WHAT ARE THE CHANCES? »

THE PUTNEY CLINIC OF PHYSICAL THERAPY